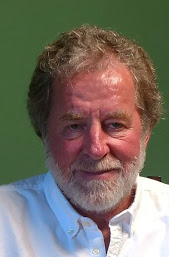 First Day of a New Life

It was the first day of school and I was 13 years old.

I had just walked into the biggest room I’d ever seen, other than our church. A large man stood up from his desk at the front of the room; the 8th grade teacher, Mr. Story.

My sister, who was a Senior in High School, introduced me to him as her brother, an 8th grader, and then disappeared, leaving me standing there. Alone.

“Just take a seat anywhere,” said Mr.Story and went back to the papers on his desk.

As I sat down, I thought of my mother’s answer-for-everything advice; “Cheer up, it could be worse,” she’d say.

And as I struggled to “cheer up”, I found out how right she was . . . it got significantly worse.

The room had filled with students and Mr. Story welcomed us all to his classroom and “the last year of our elementary education”.

“And we have a new student joining us this year,” he said looking straight at me. “James, please stand, introduce yourself and tell us how you happen to be here.”

My first seven years of formal education were spent in a one-room rural school building about half the size of that 8th grade classroom.

One teacher taught all eight grades in that same room. Some years there were only eleven kids in the whole school, and some grades had only one student. I had the same teacher, Mrs. Stoddard, for all seven years.

This year, “the powers that be” had decided to send me, the only eighth grader in that district, to Mr.Story’s 8th grade classroom at The Village School, thus lightening Mrs. Stoddard’s workload.

Good deal for her. . . overwhelming, petrifying, horrible . . . and life-changing for me.

At the time I had no idea how life-changing that switch to The Village School would be. And I certainly didn’t think of it as positive.

I was extremely shy anyway, and until that day, my class had never been more than three students. Now, you expect me to stand up and speak to this class of forty-plus 8th graders?

The panic I experienced in that “do-or-die” situation forced me to adapt in a hurry.

It can be said that adapt means observe the situation, analyze the options and execute the best action.

It can also be said, since I knew none of that stuff then, I was literally “flying by the seat of my pants”.

Although traumatic, the experience was invaluable; a real life example of “what’s the worst that can happen?”

Somehow, I stammered my way through my introduction and collapsed into my seat.

I had adapted and survived. And lessons learned from that dreadful experience have served me well ever since. For example:

Just one year after that I had to transition from Elementary School to High School.

And so it went, successfully making the change from the military back to civilian life, from employee to business owner.

Adapting all the way, I survived, thanks to my “trial by fire” in Mr.Story’s 8th grade classroom, where I had the opportunity to practice for even greater transitions yet to come.

And in many ways, I thrived. In fact, later that year, it was in that classroom that Mr.Story challenged me to write a story, and I did.

That story proved something I didn’t know . . . but he suspected . . . that I could write!

Experience is the Best Teacher

“We have been audited by the Department of Transportation, and we failed.” This from the Operations Manager who had hired me as an over-the-road driver less than a week earlier.

“They’ve given us thirty days to develop a plan of compliance. If they deem the plan insufficient, they will issue a cease and desist order. Bottom line, the plan we come up with will determine whether or not we continue to exist as a company.”

“I thought you should know,” he added, desperation in his voice and manner.

I was stunned. The company had impressed me from the start and I was thrilled when, after two serious interviews, I was hired.

And now, a few days later . . . what have I done?
Was my dream job turning into a nightmare?

And what about all the plant workers, salesmen and craftsmen who have nothing whatsoever to do with the trucking? Their jobs were threatened too.

Great company, started by the owner about forty years earlier as a one-man-show, it had prospered and suffered, depending on typical economic variances, but overall it had done very well and now had more than a hundred employees.

Its success was driven to a great extent by the fact that even though they were a manufacturing company, they operated their own fleet of trucks. They hauled raw materials in and finished product out, and when it made sense they hauled other freight for hire.

Now, suddenly, the whole company was at risk because of a DOT compliance audit.

It wasn’t that they were a bad outfit or that they hired poor drivers. No, in fact the driver portion of the audit was fine as such things go.

The problems the audit found were with the record-keeping and storage . . . the so-called “back office” system. Things like:

Things that get lost in the shuffle. Things that hardly seem important compared with all the red-hot daily issues of running a business in the transportation industry.

And now the whole company was in jeopardy because the recordkeeping on the trucking side had not kept pace with changing regulations and updated compliance requirements.

“I don’t know much about the backoffice,” I said, “but is there anything we drivers can do to help with that plan?”

“Thank you,” he said, some relief showing on his face. “I wouldn’t blame you if you wanted to walk away. But we need everyone’s help and the drivers must understand how important those ‘pain-in-the-butt’ logs and daily reports really are. We’ve got to put the right systems in place but without driver input, we can’t decide which are best for our operations.”

He brightened as the possibility came to him, and almost smiled as he asked, “Could you talk with them and get an idea of their thoughts to help IT make the right decisions?”.

He continued, “The owners have agreed to spend whatever it takes to fix this problem. We just need to identify and recommend the right stuff, but the clock is ticking. And no matter what we get, there will be a learning curve. So timing is critical.”

“I’ll do what I can”, I assured him, wondering just what I was signing up for, but his look of relief made me glad I said yes.

Fortunately, everyone pulled together . . . after all, they did have a vested interest.

It happened that I was acquainted with an IT department guy who had a good grasp of the trucking side of the business. He understood the information that would be gathered and how it should be stored so that it could be pulled for any report needed.

However, he was a quiet guy who never talked much, just went about his business.
His greatest contribution to the plan was his ability to understand “truck talk” as well as “tech talk”.

You see, drivers can explain all about HOS, detention time, 14 hour clock, etc. but it doesn’t work when they talk with people from IT or the software services, because they speak “truck”.
.
By the same token, if the IT guy did say anything to the drivers (which he seldom did) it was gibberish to them, because techies speak “tech”.

I became the go-between for the IT guy and the drivers. I was a good listener and I asked tons of questions. I could relay his info to the drivers so they understood and because he understood “truck” I could explain the drivers points to him. We opened a line of communication that had previously not existed.

And the good news!

The plan the company put together, which included some new hardware and new software systems, convinced the DOT that the company was on the right track. They were allowed to continue operating, albeit under close DOT supervision, but operating,nonetheless..

The jobs those employees depended upon were safe.

And my dream job did not become a nightmare after all.

Putting it All Together

Trucks move freight along highways from Point A to Point B. Everyone knows that.

I’m about to share a slightly different view of trucks that may not be as familiar.

I’ve always had a passion for trucks. My first real job involved trucks and I got hooked. Jobs changed but almost always had to do with trucking. Trucks got bigger, more powerful, more comfortable. Eventually, I bought my own and my world expanded dramatically.

My truck was more to me than just a means of moving freight, even when I was driving a company truck. We were partners. I believed that if I treated the truck right, it would treat me right. And it did . . . most of the time.

My truck was my “home away from home”. My truck also:

All in all, pretty important stuff, right?.

Some think driving a truck is a lonely, solitary job, but that isn’t accurate. As a driver I was constantly dealing with people, not just traffic, but individuals. Shippers, receivers and customers; owners, dispatchers and stewards; customs officers, law enforcement officials and compliance inspectors, to name a few.

They all have specific duties that may or may not coincide smoothly with a driver’s job. And all are in a position where they can either help you . . . or spoil your day!

And which they do depends almost entirely upon you, the driver. This means your success as a truck driver depends on your people skills..

Living on the road is challenging, sometimes thrilling and sometimes chilling but a chance to learn something new at every turn.

The road takes you places. City, country, forest, desert, quarries and farms. Huge manufacturing complexes and tiny microbreweries. The road takes you to your destination but offers fantastic experiences all along the way.

The road does more, too. As you travel you meet and deal with people from all over, with different accents, customs and professions. They are each unique in their attitudes, values and backgrounds.

Most of them will impact your success, directly or indirectly. And either positively or negatively, depending on you and your attitude.

The road presents opportunities you can only get by traveling it.